I can afford college

We were tasked with pitching 2 unique campaign concepts for icanaffordcollege.com. The brief that was handed down asked for a millennial-centric approach aimed at increasing awareness of ICAC amongst this target group (with a special emphasis on millenials who had given up on continuing education, for whatever reason). Our challenges in doing so were multi-faceted:

Knowing the value that the target places upon being active participants in the marketing that they receive, I constructed an approach based heavily upon social media engagement. One derived almost entirely of their own making and participation. This approach was crafted after a great deal of research not only towards what would engage and activate them, but more importantly in the hopes that their engagement would help to serve as a magnifying force for the campaign.

This was predicated on an attempt to draw from current, familiar graphical trends which not only spoke the “visual language” of the target, but one that provided us with an in-road to reaching them, and in doing so, also afforded our message the level of credability which they seek from marketing communications: 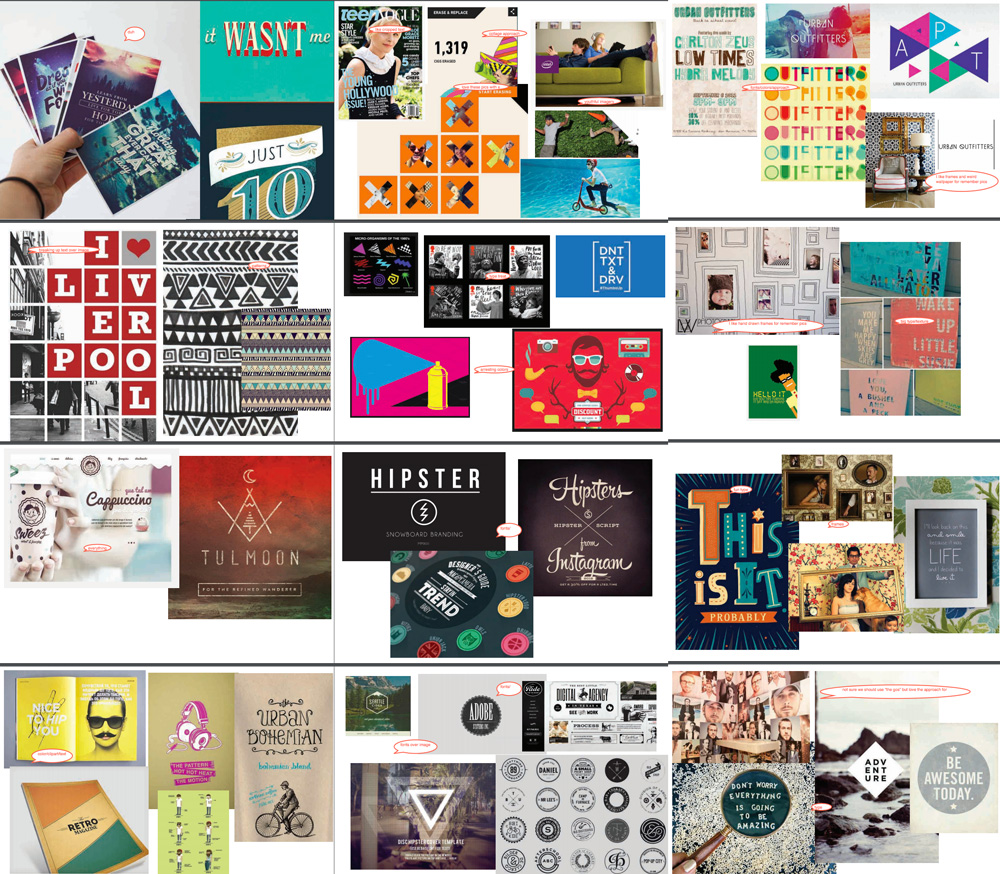 Drawing from the targets desire to be involved and tell their own story, I came up with the “I can” campaign, which not only focused upon the desire and ability of the target to co-opt the campaigns message, but also on their ability to become the content creators and to drive the growth of the campaign. It invited those involved to tell their own story and in turn, make the story of “ICAC” a universal one, one that anyone can relate to. We harnessed the “can do” attitude of I can afford college and used it as a vehicle for participants to tell their own diverse and personal stories. The emphasis being on their own abilities and uniqueness, and how continuing education can help to suss that out in themselves and improve not only their standing as individuals, but also as members of a greater community, a message that resonates specifically with this target.

The “I can” execution – examples:

The flow of the 30 second spot was built around introducing a specific individual, of stating “I am”, the participants name and selfie, a bit of background on who they are, their diverse array of passions, who they wished to become and why, and ending with the tag that they are all of these things, and that they can afford college (and the opportunity to better themselves AND their community).

Print is inherently difficult, especially with ANY type of nuanced messaging. Our solution was an attempt to showcase an individual story and ALL of its complexities while still pushing the value of continuing education, whether the driving force for such was personal or familial, our main objective was telling relatable stories in a way that was engaging, in a type of short-hand that would appeal to the target. I think we succeeded.

The intent of the digital AD was to pull stories for social media with the #whatcanyoudo hashtag, its aim is finding unique stories and or social media posts that showcase the diverse nature of the interest of the target at tying them back into to ICAC brand, messaging, and encourage others to share their stories in the hopes of being featured/shared.

Outside of encouraging participation on the likes of instagram, we also thought long and hard about how we could incorporate various social media platforms to promote our message, not just the personal aspects, but by also providing value-added content such as filing dates and tips for gaining admitance into college, these are a few of our examples on how we could do so:

In addition to the uber-positive (social media centric) messaging of the “I can” campaign, we also wanted to develop and show another approach, as far as how we could relate to or reach the target. This gave birth to the (not so tongue in cheek) “Remember When” campaign. Its focus was on still staying with the aspirational approach developed for “I Can” but with an emphasis on presenting prospective students not only with the values associated with aspiration, but also with some of the cold hard facts about being a non-college grad in a society where college is seen not only as a stepping-stone, but as a required achievement to build the kind of life that they want to lead. Our approach for this campaign was more whimsical and sarcastic (two qualities also valued by the target) and something that I believe was also a successful approach.

The flow of the 30 second spot was built around introducing a specific fact about the typical non-college grad, while presenting the target with a nostalgic view of childhood, hopefully in an attempt to drive home (even further) the idea that there is a way to reach those lofty ideals of youth, but that in order to do so, in today’s society, a degree is the only viable way to fulfilling those dreams.

The print campaign focused, likewise, on creating this juxtaposition between nostalgic (inspirational) reverance for the past thru the use of imagery, but also combined with the stark realities facing non-college grads. I personally love these and their execution.

Again, here we focused less on the personal storytelling devices we used for “I can” and instead on the informational aspects that could/would most directly benefit our target in terms of accomplishing all of the steps that would ready them for their prospective college experiences.

As is the case with all pitches or proposals, the end result, or rather the gauge of whether the pitch was successful or not, is ultimately determined by if the proposal was won. Admittedly, there were a lot of moving parts in this particular pitch, that may have contributed to its success (in addition to the strength of the creative)… still, I am proud to say, that ours was selected and that the account was won. Which is the ultimate validation for any creative, to know that the research and ideas were the strongest amongst the competition. In this case we came out on top and all involved viewed it as an unbridled success.